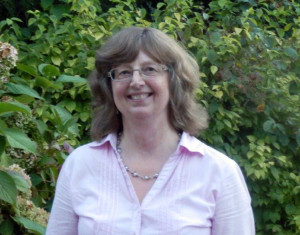 In deciding on a name for my herbal concern I chose Balm from the common name of Melissa – the Lemon Balm, a herb which is very useful for the nervous system, and one which I used frequently in the form of a tea during my time of studying for my qualification as a herbalist, as I was also working elsewhere mostly full time during those six years. Lemon Balm assisted me and strengthened my nervous system when I needed it during the crucial study and examination times. 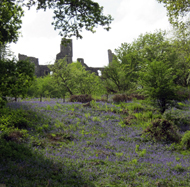 Dinefwr comes from the borough around Ammanford, Llandeilo towards Llandovery with the old Dinefwr castle ruins located at Llandeilo. You may have heard about the ‘Physicians of Myddfai’ – they are widely known as being foremost in providing herbal medicine treatments as early as the late 12th Century.

The Physicians are said to be the descendants of the Lady of Llyn-y-Fan Fach (the Small Fan lake) near Myddfai. You may be familiar with the legend, but if not, it is well worth reading for the romance and enchanting story alone, about the farmer’s son who fell in love with the mysterious lady from the lake whom he eventually marries. She then brings with her all her animals including White Cattle with speckled ears. But then returns to the lake after she receives three blows without cause from him. After this she reputedly appeared several times to her eldest son and imparted to him medicinal recipes for healing, and also showed him where to collect various herbs for the remedies, in an area called the Physicians Dingle, or ‘Pant y Meddygon’. Whether we choose to believe the legend or not, it is a fact that during this time some very able physicians and their descendants lived in the area, and were responsible for collecting and recording medicinal remedies which had been used over the centuries. This historical fact gives us such a rich, strong herbal heritage, dating from the late 12th Century.

In the early 13th Century during the time of Rhys Grug (who was the son of Rhys ab Gruffydd) Prince of South Wales (Deheubarth) who had his main court at Dinefwr Castle (Llandeilo), some 10 miles from Myddfai, we have an account of the Physicians of Myddfai, since it was customary for the Prince to have his physician under his patronage, this being Rhiwallon and his sons, who were descendants of the Physicians of Myddfai. The Prince gave them rank, privileges and land at Myddfai.

Many of the herbal remedies which they used can be traced back to the time of Hywel Dda or earlier.

The way the Physicians approached and treated diseases in the 15th Century is said to be far in advance of most other European countries, and freer from the influence of superstition. They attempted to analyse symptoms before treatment, and the properties of the herbs used were tested and then prepared with great care.

I believe another factor crucial to my journey towards becoming a qualified herbalist was that my mother was a native of Llandovery (near Myddfai) and some of her relatives were know as users and advocates of herbal treatments.

All this contributed towards my journey to become a qualified medical herbalist under the business name of Balm Dinefwr (Cyf being the Welsh abbreviation for Ltd).

I am an EHTPA – approved medical herbalist. 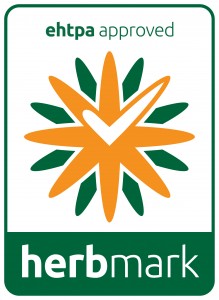 The HerbMark® collective trademark designates a herbal practitioner who is a member of a professional association affiliated to the European Herbal and Traditional Medicine Practitioners Association (EHTPA) and has met their standards of education and professional practice.  For herbal treatments you can trust, look for the HerbMark® www.herbmark.uk.